Don't let perfect be the enemy of good 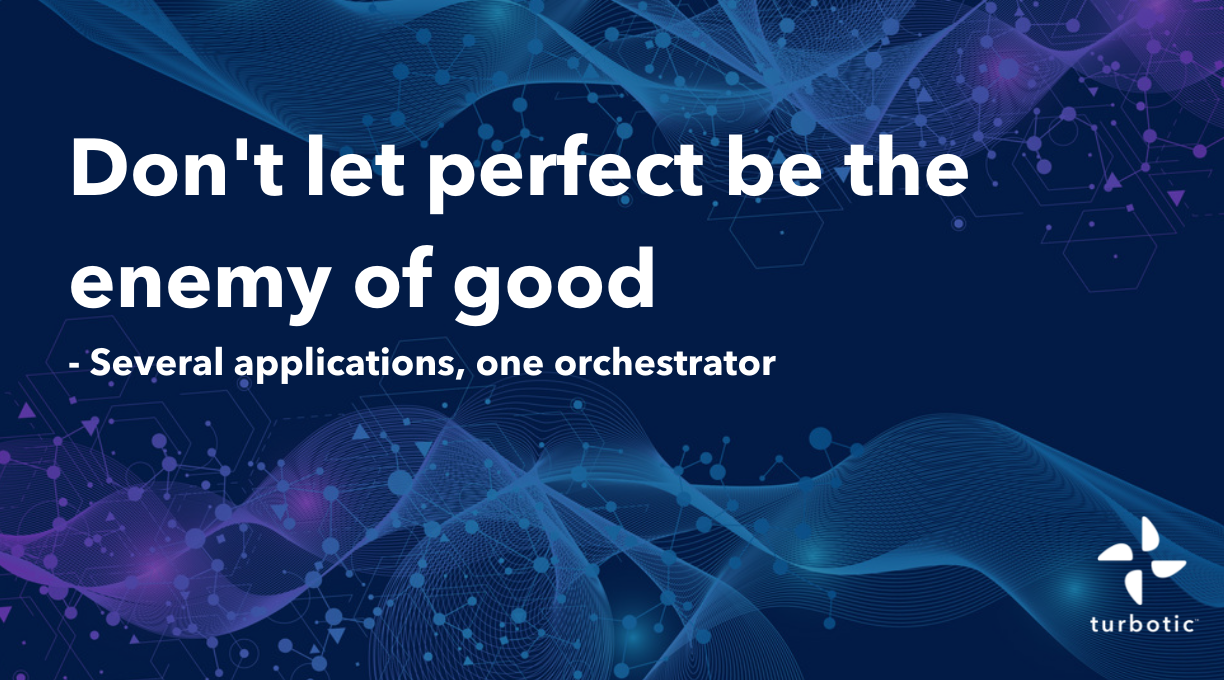 Don't let perfect be the enemy of good

Over the last couple of years (or decades, depending on who you ask) there has been a true software revolution across all fields of business. Going hand in hand with the hardware revolution that moved from powerful PC:s, in house servers and on-prem deployments to mobile and cloud.

This is not intended as an article that is pushing at the worlds most open door by saying that cloud-based software is taking over, frankly Mark Benioff of Salesforce did that rather well 20 years ago already. It is instead aimed at making two points (and looking at some data that shows that now is the time):

1) There is almost a software tool to solve every problem, we must start embracing it

As with many things it can be a double-edged sword, new features and development are fantastic but that also leads to more choices and sometimes that can be paralysing. If you haven’t already I would recommend to consider the wisdoms of Barry Schwartz on this topic. He wrote about the paradox and tyranny of choice almost 20 years ago and also has a great Ted Talk on the topic. Now, Schwartz does not consider SaaS software in particular in his research but he has two universal points: ever increasing choices does not increase net positive emotions and to learn to accept “good enough".

So why is this important for growing enterprise automation teams and organisations moving into hyperautomation. Firstly, our two points above tie in nicely with Schwartz’s findings; it is about making A choice and it may not always be the ultimate one, but making a choice rather than forever contemplating is what it is about. Secondly, this is not going away. Staggering statistics from Statista show us that enterprises in 2021, ON AVERAGE, use 110 SaaS applications. Perhaps even more staggering is that 2017 that number was 16 and that just since 2020, again on average, enterprises have embraced 30 new SaaS solutions, that’s almost 3 a month.

Okta released some great research looking at their clients and the number of applications they use which gives another and more detailed view at this staggering adoption. Their numbers are for 2020 and as you would expect, there are differences and of course certain industries and governments are a bit behind. One very interesting statistic was that their larger enterprise clients (2000+ employees) averaged a whopping 175 apps.

And without disclosing which those apps are, you need to be pretty imaginative to even come up with 175 apps. Sure, there will be some overlap with certain teams preferring certain vendors etc. But even so, it seems obvious that these organisations have a mantra of “if there is an app for it, we should use it”, which is also a very powerful form of automation as that increases digitalisation and likely saves tremendous amounts of time (not to mention increasing employee satisfaction)

Is the enterprise automaton tool market getting saturated ?

Tying it back to the enterprise automation space we can see similar growth and all reports from Gartner and Forrester point to ever more RPA deployments and tools used. But interestingly, in automation it seems mainly to be many offerings of the same kind rather than an ever increasing new types of solutions.

Granted, the enterprise automation space is fairly new but there are already vast numbers of players, but not that many categories of solutions.

G2 is an excellent tool for many things, but also serves as a good proxy to showcase some numbers. And yes the categories are somewhat overlapping, and yes new ones are being created, and yes there is some bias in how companies choose to categorise themselves. But all that aside, it does give a good hint about how the same companies view themselves and new categories (that may of course be variants / improvements of the existing ones).

What those G2 numbers tell us is that there is likely some maturity, maybe even saturation in certain areas. But then there is also the anomalies and challengers, like Rossum that operates in the “saturated” OCR market but managed an impressive $100M funding round recently. So clearly, the entire automation space is hot and getting hotter and there will only be more and more choices and constantly new challengers.

As a buyer of some of these services you will se huge benefits with prices going down and/or significant improvements in more “mature” categories. As well as new categories being created.

The key will be to orchestrate your increasing number of tools

That is where Turbotic comes in and also where our two initial points are worth looking back at. Apart from the budget and procurement challenge to acquire more tools there is also a real struggle with abundance of choice and as numbers of deployed tools increase, you also want to avoid everything being in silos. And this is also a great place to paraphrase Schwartz again, as it can really be where decisions get stuck.

As you take on more tools it is great to bear in mind how things are connected and how they solve your problems, but is is also unbelievably rare that you will find one tool that does everything. Looking at the going rate of SaaS adoption, the skill rather seems to be able to orchestrate a very large number of apps and have a flexible approach and culture to brining on more apps.

Operating in a field full of highly educated, tech-savvy people it is very easy to read hundreds of pages of specs and do endless detailed PoCs and demos to try to find “the perfect solution”. Alternatively, and quite commonly, people realize that is not the case and instead start with a home-brew solution. Which may satisfy certain criteria of perfection and customisation but also has the potential of being a huge red flag as such systems very rarely tend to be flexible and open enough to connect with a couple of new tools each year (not to mention slow to build).

So instead, as an industry, enterprise automation should look at how quickly and openly other parts of the organisations are taking on new tools and embrace that openness and willingness to change, because that pace of change will only get quicker and quicker. And we must stop worrying about finding the perfect tool or solution, why not use two good ones and get the job done (and learn !) instead of forever searching for that one perfect tool, that can even be a mirage. And don’t wait and stop saying “we are not there yet” or “we don’t really need another tool yet”. Statistics seem to suggest that such behaviour is not in line with general business practice that instead is taking on more and more tools every year to make their lives easier. Surely, if they can make the business case for it, so can you.