What is Robotic Process Automation (RPA)? 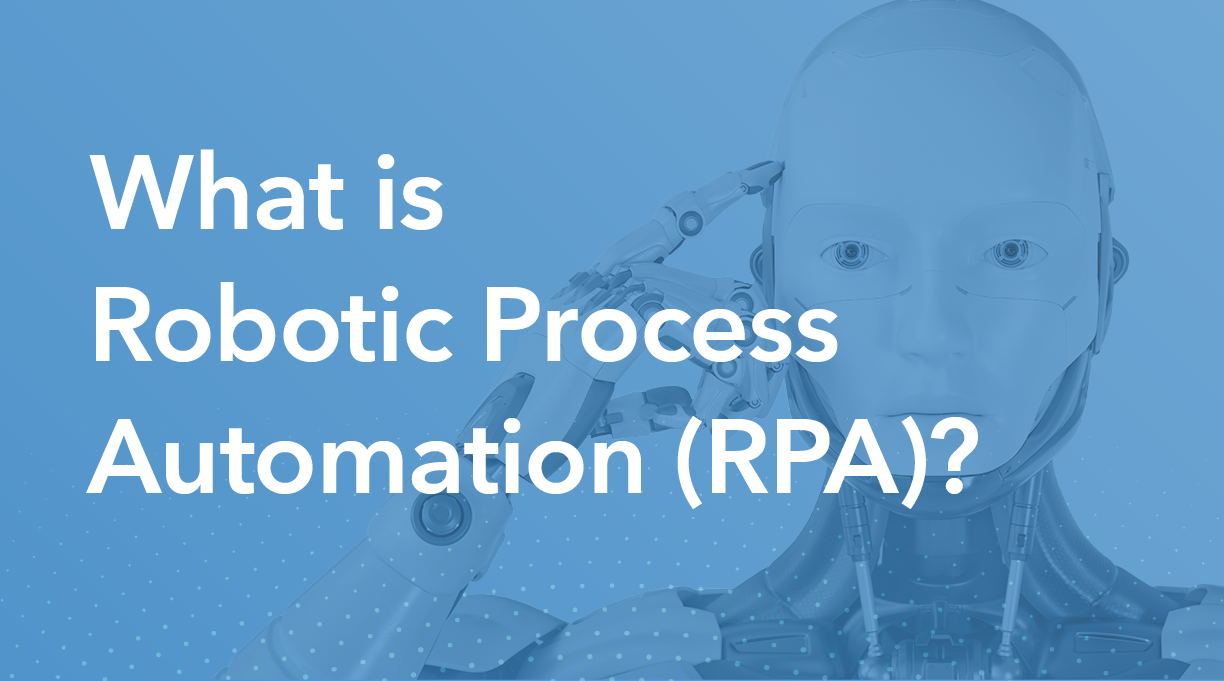 What is Robotic Process Automation (RPA)?

This article will help you understand what Robotic Process Automation (RPA) is and how it can help your business processes become more efficient, error-free, accurate, and dependable. More and more organizations are turning to RPA to automate mundane operations, thus allowing employees to focus on higher-value tasks

RPA software bots interact with any application or system in the same way as humans, with the exception that RPA bots function around the clock, significantly faster, and with complete dependability and accuracy.

RPA platforms allow software developers to build software robots (or bots) that learn, imitate, and automatically perform business processes that are currently done manually. For example, a scenario that can be automated by RPA could be as basic as sending an automated email response or as complex as deploying thousands of bots, each of which are programmed to carry out specific tasks.

If the introduction above isn't enough and you really want to understand the basics of Automation, then have a look at this 5 minute educational video (source: Simplilearn YouTube channel).

Why Robotic Process Automation? What does it do?

To automate business processes and workflows RPA relies on standardization, business logic and structured inputs When integrated into your business, RPA solutions streamline the productivity of an organization and increase employee satisfaction by eliminating mundane and repetitive manual processes. RPA often kickstarts digital transformation inside organizations by facilitating the optimization of operational expenditures, and automating data entry, etc.

Below are just a few of the most common benefits RPA delivers, apart from saving manual time.

The terminology around RPA, bots and processes is sometimes a bit muddled. As described above, the main feature with RPA is the use of software bots to automate business processes that are currently performed manually. So once the RPA bot has completed the task previously done by humans, the process is then considered automated. As with most processes, they do not happen continuously but rather at regular intervals, maybe once per day. From an RPA perspective this results in a bot being able to execute multiple processes, as long as it doesn’t happen at the same time.

RPA bots are sometimes referred to as digital workers. Just as humans can spend one day initially handling invoices, then drafting a contract, and then moving data from a spreadsheet to an ERP (Enterprise Resource Planning) application, so can an RPA bot. Typically the business model of RPA platforms is priced per bot(not per process). Therefore, managing and scheduling the execution of multiple processes on a bot, or higher numbers of processes across multiple bots in larger scenarios, becomes a core skill of orchestrating and operating RPA.

The video above is a great example of how RPA can handle invoices (source: KPMG Youtube channel).

What are the business benefits of RPA?

RPA has transformed the way organizations operate and kick start many of their transformation projects. There has been a surge in RPA deployments over the last few years, as well as key operational and product benefits, as compared to more traditional software development, which has contributed to the rise of RPA.

Typically RPA requires no coding or programming skills, so it is often very quick to get started (although typically more difficult to scale). Furthermore, modern RPA solutions use what is called Low-code and as a result, employees quickly adapt to RPA by using an intuitive GUI (Graphical User Interface) to develop and manage the RPA bots.

The video above shows how Low-code practises are used in the UiPath Studio (source: UiPath).

According to the Institute for RPA, it is estimated that RPA systems save between 25% to 40% on labor expenses alone. Furthermore, McKinsey Digital discovered that using RPA business automation activities could yield a return on investment of 30% to 200% in the first year.

By implementing RPA in your business, you can eliminate processing errors. According to the Deloitte Global RPA Survey, 85%of respondents say RPA met or exceeded their expectations in terms of benefits, such as accuracy, timeliness, and flexibility.

Role-based security capabilities can be assigned to RPA tools to ensure action-specific permissions. Additionally, all automated data, audits, and instructions that robots may access are encrypted to prevent malicious manipulation. There is no risk of data leaking from one side to another since RPA works on a granular level. All data accesses are recorded and regulated vigorously.

Most business owners are hesitant to change or upgrade their legacy systems for a variety of reasons, including the cost of replacing the legacy systems, the potential risks for temporary business downtime, or the complexity of IT infrastructures.

The advantages of implementing RPA in business processes extends to legacy systems as well. It can automate daily operations and extend their lifespan. RPA bots interact with legacy systems at the presentation layer's UI end, similar to humans). As a result, implementing RPA does not have to be disruptive or complicated. Your core technology program is unaffected.

What are the key components of an RPA platform or tool?

A typical RPA platform is a software suite composed of a few key components. Together, these software components play different roles in aiding the automation of workflows and business processes.

Let's understand each of these elements individually.

A process recorder follows a user's actions in software and applications and converts them into an automation-ready workflow that’s designed to mimik the actions of a human would do in a similar situation. For example, transferring information from a form or email into a CRM or ERP system.

The video above shows a process recorder session in action (source: UiPath).

RPA relies heavily on the recorder. The primary form of recording used is called object recording strategy. The recorder automatically collects object attributes, such as the values of active elements. After the recording is complete, the software will look for the same items and go through the same procedure again as the user did during the recording. During future execution, RPA robots may click, hover, drag, or scroll over the same items as a human would.

The Development studio is at the heart of creation of automating the automation of workflows and business processes. It is a standard part of nearly every RPA product, and it is where the user designs and develops automation workflows. Typically, a development studio has several features, such as:

Bot Runners are used for executing the generated software bots. These are the software machines that operate or carry out bot operations. In addition, the bots report back to the control center on the status of the execution.

The control center is often considered the most vital aspect of any RPA solution. It is typically a web-based platform that is used to control software robots. This enables users to schedule, monitor, control, and grow the activity of their RPA deployments. For example, this is where you schedule each RPA process run. , as only one process can be executed on a bot at any particular time, in order to utilize each bot the most efficiently. Also, it typically has centralized user administration, automated deployment, and source control.

RPA may be used to automate repetitive tasks that require human workers in both the back office and the front office. Automation of data entry, data analysis, and invoice processing are some of the most typical RPA examples and use cases. Additional RPA application cases automating processes in other business sectors are available.

Here are a few case studies of successful RPA applications:

Hiring and firing adds a major burden on HR and other support services such as IT, security, and facilities management in expanding or declining businesses. An Argos Labs case study demonstrated how modern business are integrating new workers to the plethora of technologies like chatbots and how it maybe done quickly and easily. Using UiPath, they were able to decrease onboarding time from 30 minutes to 3 minutes.

The payroll function involves the repetitive processing of payroll while sticking to a few regulations and business standards. According to a case study from UiPath, their clients achieved 85% faster payroll processing with no manual mistakes. The implementation took 7weeks and decreased their manual labor by 25%.

How to get started with Robotic Process Automation?

RPA is determined by the needs of the individual company and is often a pivotal solution for corporate and shared services, and typically started within asmall team inside IT departments. Selecting RPA usually consists of the following stages:

This stage analyzes which domains will benefit the most from the implementation of RPA technology. This is also referred to as discovery, which is either carried out internally or with the use of third-party consultants and it consists of identifying processes that are ripe for automation. Most often this ends up being in admin-heavy departments such as finance, accounting, or HR.

This stage also features technology demonstrations and assessments of selected RPA providers that act as a POC (Proof of Concept) and knowledge-gathering platform.

Organizations choose a provider that fits their needs and helps them achieve their goals. RPA providers commonly offer one of two types of implementations:

Many companies hire a vendor to develop the initial pilot and then build an internal RPA competence center to handle additional implementations.

Businesses ensure that appropriate staff are educated and ready to execute the chosen RPA implementation at this stage. The processes necessary to support and test the IT environment are also included. All implementation actions are documented, tracked, and executed according to established standards.

Are you considering RPA for your business excellence? Connect with Turbotic to discover more!